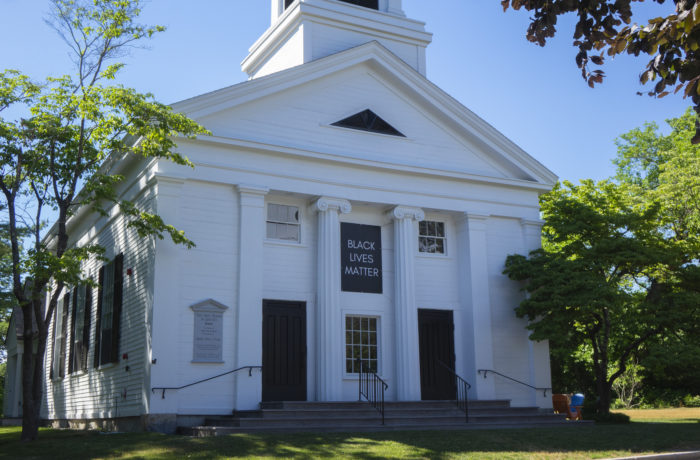 The PC met through ZOOM to discuss several important issues:

Meeting adjourned at 7:30 and the PC went in to executive session.

The Antiracism Task Force will host a screening and discussion of 13th via Zoom as we continue to Learn about racial inequality in America.

First Parish has received an urgent call for help from Justina Riopelle, one of the amazing workers at Solutions at Work, an organization that serves families living in poverty in Cambridge and Dorchester. Although their center is closed, Justina and others are delivering packages of children’s summer clothing directly to families. So great is the need that their stock is rapidly running out.  This is where we come in!

If your closets and drawers need culling, or if you feel moved to purchase some children’s staples (underwear, T-shirts, socks, diapers), please bring them to the bins on the Stearns Room porch or contact Mary Gaylord (mgaylord@fas.harvard.edu) for pick-up. Please, no toys, books or cold weather clothing at this time!

The Covid-19 pandemic and resulting economic downturn are causing severe ongoing hardship for urban communities already struggling. Your response to the pop-up Mother’s Day drive was overwhelming.  Let’s do it again!

This Children’s Summer Clothing Drive is jointly sponsored by the Anti-Racism Task Force and the Outreach Committee. 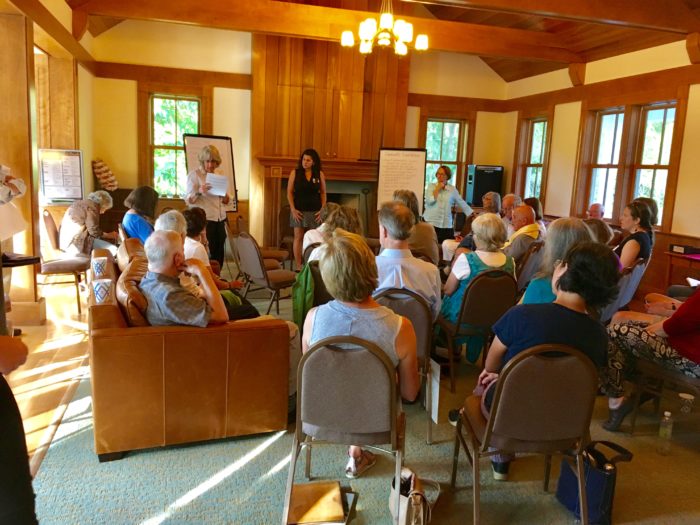 Suppressed: The Fight to Vote

The Antiracism Task Force will host a screening and discussion of Suppressed via Zoom as we continue to Learn about voter suppression in America. Go to our Act page to see what you can do to take action to combat voter suppression.

CLICK HERE to join our Zoom screening of
Suppressed: The Fight to Vote 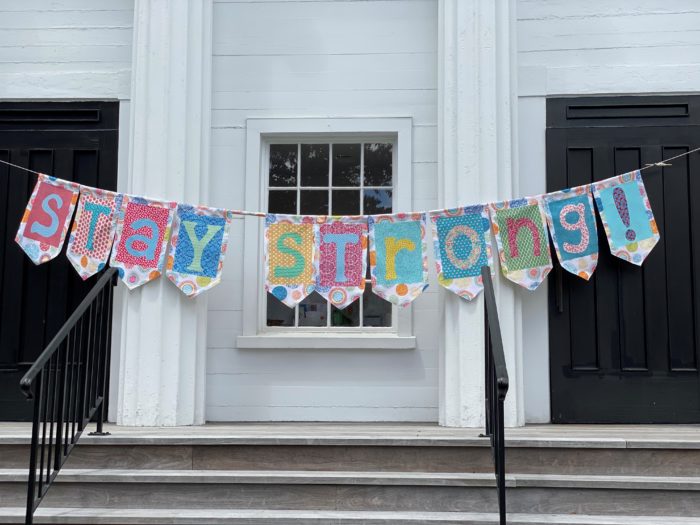 Throughout this season of disruptions, First Parish has risen inspiringly to the challenge of reaching out to our vulnerable neighbors near home and in the greater Boston area.  The Outreach Committee is delighted to report that thanks to the combination of our record-breaking Easter offering and remaining funds available to our committee, within the last month our church has been able to donate more than $20,000 in emergency grants to partner organizations working on the front lines to ensure food security, essential medical services, and shelter to those in need both in Lincoln and in hard-hit neighboring communities from Roxbury to Waltham to Framingham with large minority and immigrant populations disproportionately afflicted by the pandemic.  What’s more, a similar amount remains available for additional grants through the end of June, thanks to the Parish Committee’s approval of our request to set aside one-third of Outreach’s 2019-20 allocation from the Jean Wood Preston Endowment ($25,000) for grants for emergency relief.

Building on Outreach’s close ties with our partner organizations both as financial donors and as sponsor of ongoing volunteer efforts, but extending far beyond what our committee could accomplish alone, has been the outstandingly proactive work of FPL’s new Community Engagement Task Force.

Meanwhile, Outreach’s pursuit of our usual top priority between March and May—evaluation of candidates for the Jean Wood Preston grants ($5000 – $25,000 for capital improvement or transformative innovation)—has continued in a form that has also allowed us to respond robustly to the needs of the COVID crisis as noted above.    We’ve deferred until next year finalists whose projects we judged could be postponed with little inconvenience to their overall programs and forged ahead with follow-up inquiries and site-visits via Zoom with the two contenders applying for projects whose urgency seems to demand decisions now.  We expect to announce the decisions by mid-June if not before.

Bring your grief and your love to this space for communal lament.

This vigil will be held on Zoom. 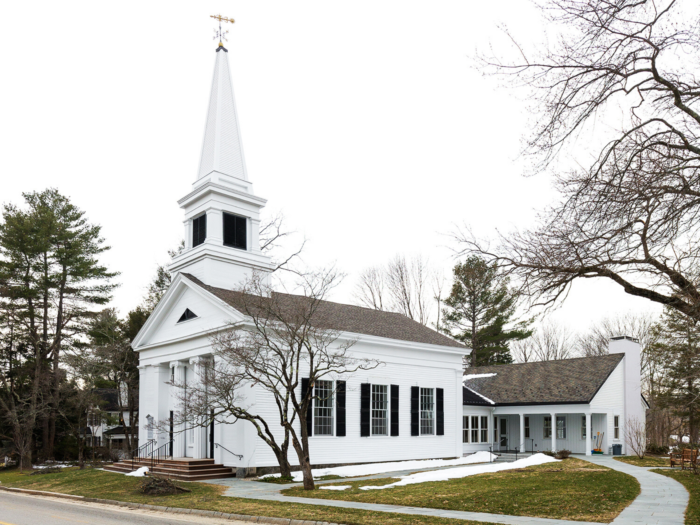 The Safe Congregations Task Force has advised the church to continue only online virtual worship services until Labor Day. Moreover, we recommend that all church meetings and gatherings continue to abide by CDC guidelines for social distancing. New guidance from the CDC also means that we will be securing the sanctuary so that no one can enter without permission and we can maintain the required sanitation standards during this outbreak.

The Safe Congregations Task Force is closely monitoring information from the UUA, UCC, CDC, WHO and state government and will continue advising church leadership throughout the summer. The Task Force is chaired by Dr. Andy Clark and includes Ray Shepard, Jeani Welsh, Jane O’Rourke, Deanna Laferriere and is joined by Margit Griffith and Rev Jenny Rankin. 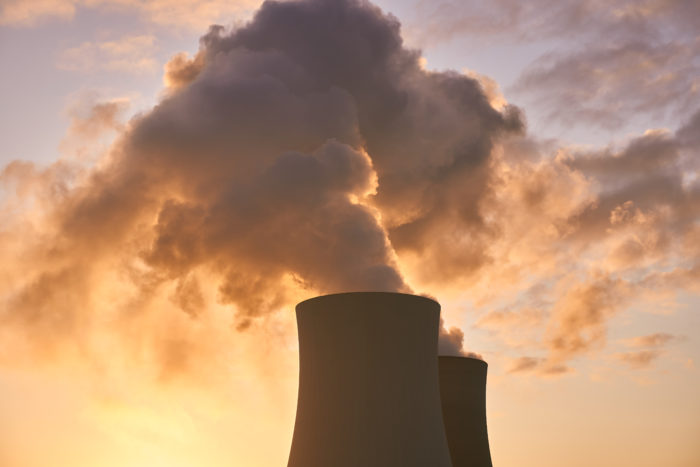 With a respiratory pandemic sweeping the globe, it’s important to understand the links between air quality, health, and injustice. MetroWest Climate Solutions—an all-volunteer committee made up of members of First Parish in Wayland, First Parish in Lincoln, First Parish Church in Weston, the Congregational Church of Weston, and other individuals—is presenting a webinar on this topic as part of its ongoing series on tackling climate change. The webinar is sponsored by The Union of Concerned Scientists and Conservation Law Foundation.

Xiao Wu, a Harvard School of Public Health Ph.D. candidate in biostatistics, will describe research linking COVID-19 death rates with particulate air pollution. Paulina Muratore, a senior campaign organizer for Clean Transportation with the Union of Concerned Scientists, will describe how fine particulate matter from cars, trucks, and buses disproportionately impacts communities of color and the need to reduce air pollution from the transportation sector. Staci Rubin, a senior attorney at the Conservation Law Foundation, will moderate the program. The speakers will share information about how to take action. 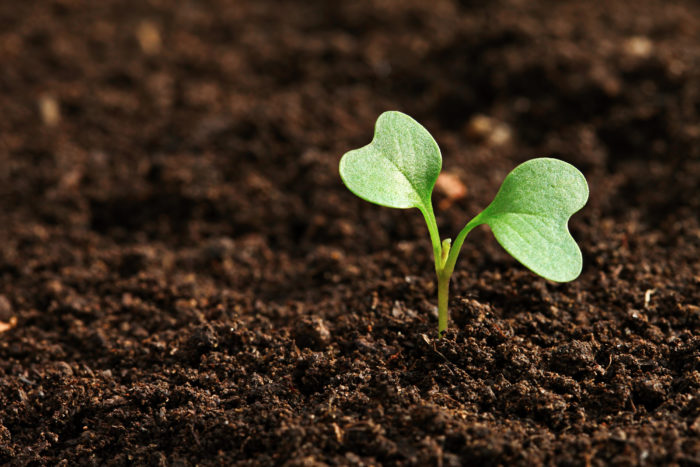 Could a single idea embraced globally make a major contribution toward avoiding catastrophic climate change, while at the same time increasing the world’s food supply, restoring biodiversity and, in fact, saving farmers money?  “Conservation Agriculture” is that rapidly evolving practice.  American soils have lost more than 40% of their carbon since colonial times, first from plowing, then from chemical additives that have killed off the microscopic life of the soil. Escalating in use after World War II, it became known as “agrochemical farming,” and “the Green Revolution.”  But now, through the practice of Conservation Agriculture, very large quantities of carbon can be removed from the atmosphere and RE-sequestered over time in the soil.

The principles of Conservation Agriculture are all in practice in Lincoln today.  Codman Farm, now managed by Pete Lowy, was formerly reliant on hay production; it is now rebuilding soil organic matter by returning animals to the pastures to increase forage fertility through the use of directly deposited animal manures. Properly managed rotational grazing of chickens, cows, pigs and turkeys assures a proper level of animal impact to the soil and an even distribution of manure.  Take a look at Mt. Misery field.

Drumlin Farm is also rebuilding soil carbon, through the basic organic principles – no chemical pesticides, herbicides, or fertilizers – and through the practice of “fallowing,” where each acre produces crops for five years and then “rests” for two years.  During that time the land is never bare, but cover-cropped with clover in order to fix nitrogen and build organic matter.  With the help of its farm animals, Drumlin Farm also produces its own compost, which is entirely recycled to its fields.  Farm Manager Matt Celona says that because of the level of soil organic matter it has achieved through these practices, irrigation is never required.

Lindentree Farm is experimenting with reduced tillage – plowing (or tillage) exposes and oxidizes sequestered carbon, turning it into carbon dioxide.  Plowing also reduces organic matter and the micro-organisms that healthy soils depend on.  One technique that Farm Manager Ari Kurtz is using is called “occultation” – a series of large black tarps are spread over prepared soils and weighted down for a period of several weeks in the spring or summer.  The weed seeds underneath germinate but then die due to lack of light.  A subsequent crop can then be planted that grows in a relatively weed-free environment, requiring less cultivation and soil disturbance.  The farm is also trying new combinations of cover crops to add soil organic matter.

Not least, Lincoln’s Agricultural Subcommittee (which works with the Agricultural Commission) has steadfastly promoted ALL of the principles of Conservation Agriculture in their leased land: they encourage organic practice, diverse crop rotations, minimal soil disturbance (no-till), and the steady use of cover crops.

FPL Green strongly encourages all of us to fight climate change by supporting Lincoln’s farms and their actions to implement Conservation Agriculture.  Buying food locally will not only help mitigate climate change but has the added benefits of improving the health of our ecosystems and our economy.