The choir is now meeting in person on Thursdays in the Parish Hall practicing safe distancing, with everyone wearing N95 masks and having ventilation during rehearsals. We are learning music in a variety of styles and welcoming anyone who wants to sing. No audition is necessary. If you are interested, please contact Miranda at mirandaloud574@gmail.com for more details.

The Music Program at First Parish seeks to enrich and enhance our collective experience of spirituality and community through music. You may contact the Music Committee at music@fplincoln.org.

The First Parish Choir is the cornerstone of the music program, providing music for most Sunday worship services. In addition, the choir sings for two services on Christmas Eve and Easter. The choir’s eclectic repertoire includes choral classics, early music, gospel, folk songs and world music. The First Parish Choir welcomes adult and high school singers who love choral singing and the unique musical community of a choir. The ability to read music is not required, though it is helpful. There are no auditions. Rehearsals are Thursday evenings from 7 to 8:30. 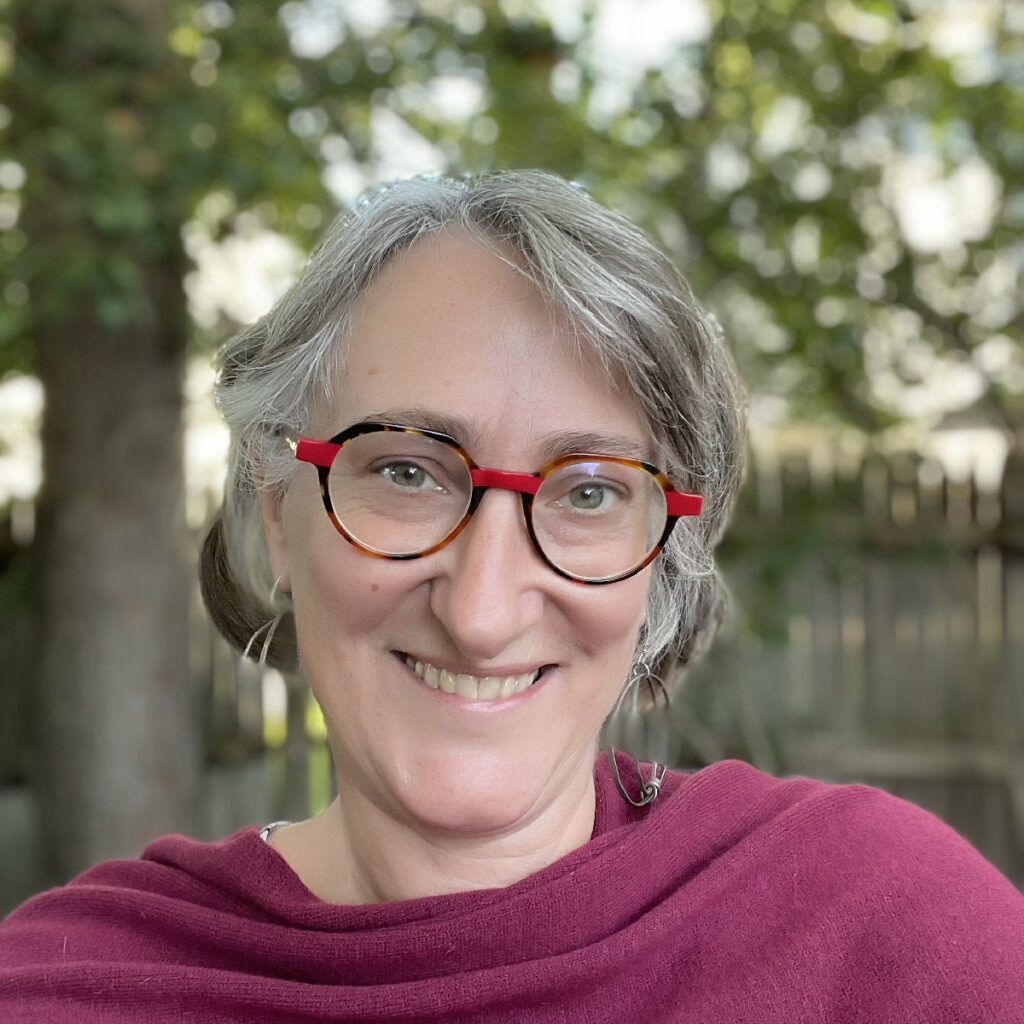 CONTACT MIRANDA
Growing up in Lincoln, Miranda had many fond experiences of attending events at the First Parish and events up at the Stone Church. After being a music major at Wellesley College, she pursued a Master’s of Music in Organ Performance and Literature at Eastman School of Music in Rochester, NY. In 1994 she was a semifinalist in the Chartres International Organ Competition. From Eastman, she moved to New York City where she worked as an organist and concert producer of multi-media themed concerts and worked as Associate Organist at St. James’ Episcopal Church on Madison Avenue for three years. She moved back to the Boston area, and became Music Director at St. Peter’s Episcopal Church in Weston where she worked for seven years and developed the choirs as well as a concert series. She started focusing on singing professionally, taking vocal workshops and taking voice lessons. She was awarded a Banff Music Fellowship in 2006 to work on a multimedia performance about reconnecting to nature. While on the residency she was accepted as a contestant in the Handel Aria Competition in London where she met Harry Christophers who became conductor of the Handel and Haydn Society here in Boston. She has sung as a mezzo soprano with Handel and Haydn Chorus for ten years. In 2007 she had a formative experience at the Findhorn ecovillage training course in Scotland and decided to merge her love of nature and animals with music, video and photography. This led to ten years founding and running the non-profit Naturestage, and creating several nature-themed concerts including the Elephant Project, Buccaneers of Buzz: Celebrating the Honeybee and the One Language Project, www.onelanguageproject.com which is an ongoing catalogue of stories – photoessays and healing-focused video interviews to show people acting with compassion and respect for an animal they know and love.
In recent years she has focused on her development as a painter and you can find her work at www.mirandaloudartist.com. Her calendar of Cambridge cafés – a collaboration with food writer Corkie White sold over 750 copies before the pandemic. All along, Miranda has worked at various churches as a part-time or substitute organist to keep active her joy in organ and choral music. She feels very lucky to be the Acting Music Director at First Parish where she can work with the choir and continue to explore and interweave the elements of music, visual art, healing and love of animals that are her passions.

Under the direction of Diane Burke, the church’s Handbell Choir will continue the long tradition of handbell music at First Parish in Lincoln, and will ring for several Sunday morning services during the church year. The group brings a rich variety of handbell repertoire to worship services and concerts here and in the wider community. Watch the calendar for dates they will participate in services.

The Parish House is graced by a 1914 Mason & Hamlin grand piano as well as a 19th century Hutchings tracker organ, whose decorated pipes beautifully complement the warm colors of the room’s vintage stained glass windows. In the Sanctuary, there is a recently renovated 1970 neo-Baroque Noack Organ for accompaniment. 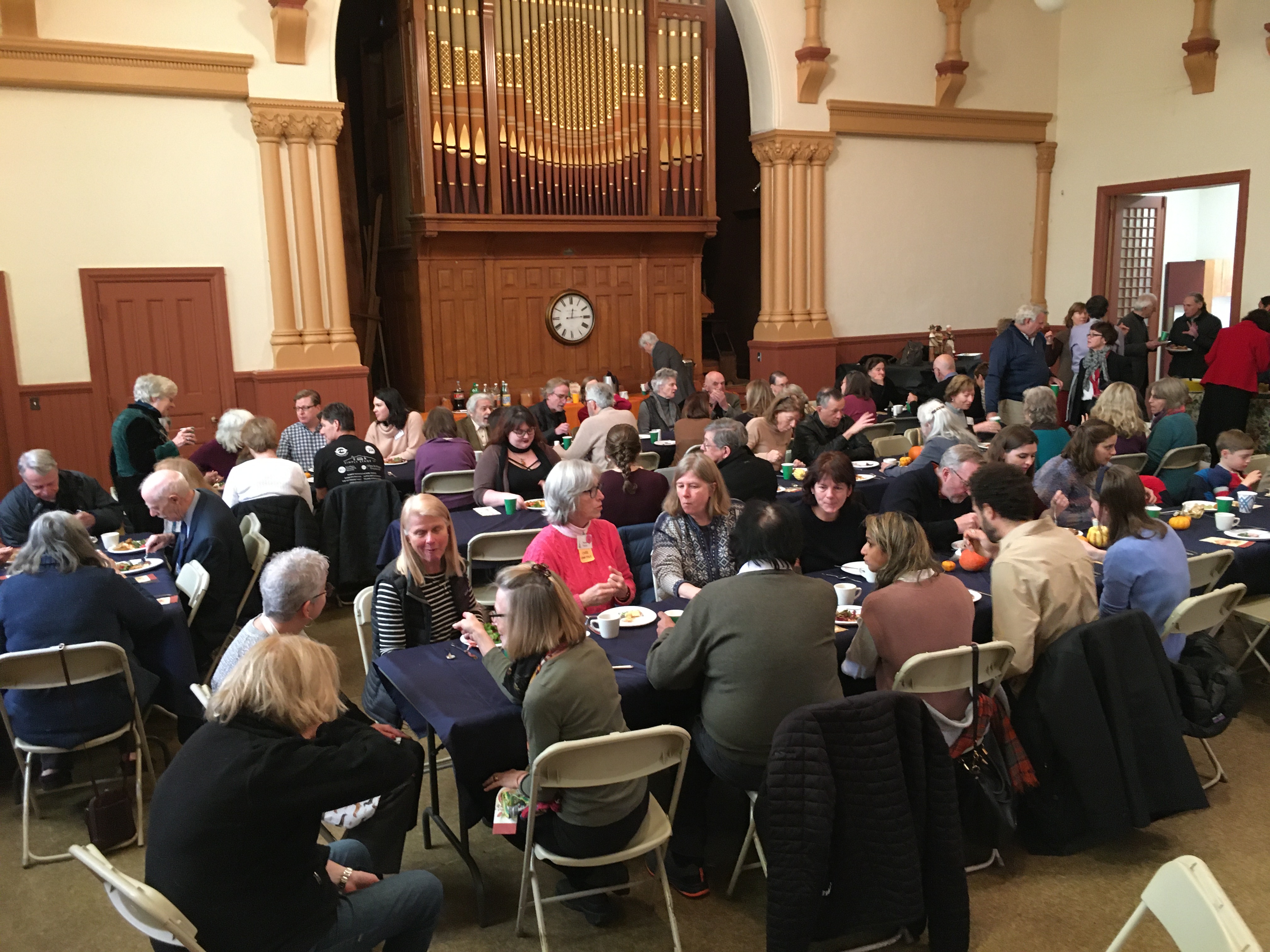